Also, ignore the incorrect data on some adult DVD sites that claim it as a 1999 release. It was released in Germany for Germans, to be exact, who only got to see The Masseuse 9 years later.

Face Dance has been nominated for multiple awards and did win two, one for best film of the 90s. In addition to a strong cast, you have John Stagliano directing everything.

Don’t sleep on this 90s wonder because it’s not just us who are raving about it. A total of 10 wins by The Pyramid 1 means that this release consists of nothing but serious business. Some of these include awards for the best European film, foreign film, screenplay, best seller, best cover, etc.

However, this is a good combination considering the 70s theme and 90s video quality. Obviously, it’s still not up to par with the 2020s Ultra Full HD standards, but it’s so much better than they’ve had back in the early 20th century.

Who cares about plot when you have all the confirmation for a solid film one will ever need? Just watch it to find out why John Stagliano was known as buttman. No popcorn is required. Also, there’s a sequel, although not as good.

A good wife sucks dick daily while a perfect wife swallows too. Spanning dozens of sequels and countless replicas, I Swallow is about nothing else but semen-eating sluts. Despite enormous appetites, those females are on the fit side, sucking, choking, and ingesting. The biggest dick sucker of them all is Bobbi Bliss, who took two gigantic black docks down her throat and then ate the creamy droppings from five different guys.

We don’t care if Pure doesn’t end up in the top lists of all the “greatest” adult critics in the world. It’s an undefined classic and a best-seller of current times. A total of five scenes exist, and with the stunning Jenna Jameson leading the way, a clean tear of joy is guaranteed. Whether it comes out of your cock or pussy is another story.

A cheeky IMDB title claims that this is a story about perfume and that’s sort of true. Zazel, a traveling artist, is tasked to create the most arousing perfume on earth. The one that unlocks the dirtiest, most sensual, secrets fantasies of a human mind. All scenes are different yet just as hot, from inferno to butterflies, monochrome, and so on. No, this is not a sensual erotica without penetration. So, watch it and thank us later. 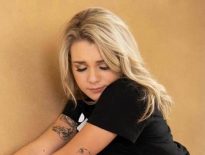