Another one bites the dust, a former drug-addict and adult performer, Natasha Vega. Her life was going surprisingly well, at least from what we know. Vega was even named the Miss Exotic Florida back in 2012, a title that many women desire. Why? Because of appreciation.

Cause of Death: Overdose
Age: 25

The issues ring deeper than just drugs, it’s just the side-effect after all. We can never know the personal issues that Bella had to deal with, but her solution was questionable substances.

Cause of Death: Overdose
Age: 30

Cause of Death: Overdose
Age: 31

Cause of Death: Cancer
Age: 54

Let’s be clear here, it was not “an accident” that happens to everyone. Various media outlets quickly ran with the story, trying to bring drama and murder accusations. Allegedly, she fell out of a window after someone pushed her out. Battling for over a week on life-support, Carla did eventually passed away.

As the autopsy later revealed, cocaine and ketamine were found in her system. Her friends did contribute to the story, claiming that she was in a dream-like state before collapsing. Could she have died from the drugs alone?

Cause of Death: Accident
Age: 30

Cause of Death: Medical
Age: 32

According to her friends, Alexis was battling with shortness of breath and asthma for a few months. She was found unresponsive and it was too late to do anything other than sending her to the morgue.

Cause of Death: Medical
Age: 27

It does not take much for the imagination to kick in, at least concerning the death of Loni Evans. She has died on New Year’s Eve and was still in her 20s. In addition to that, her family did not want to talk about the circumstances behind her death, which does not help to clear her image.

I mean, unless she died of natural or “respectable” causes, one would always tell. We can guess all we want, be it an overdose, or something related to drunk decisions. However, in the end, it does not matter. May she rest in peace.

Cause of Death: Unknown
Age: 26

He has slept with more women than anyone, and it was not always about sex. He has spent almost 100 years on planet Earth and will be always remembered. There is no other name in the adult industry that is as cliché as Playboy. Jesus, his photos date to the black and white era. What a legend.

One of the rare deaths in the problematic business that is due to the old age, despite alcohol and smoking habits.

Cause of Death: Natural
Age: 91

Cause of Death: Unknown
Age: 35

Not sure if related, but Roxy had contracts with a shady modeling agency that could have pushed her into a path of more drugs. Well, she did overdose on heroin and that was it. The name alone sends shivers down our spines. I mean, it’s the drug of all drugs, and we mean that in the worst way possible.

Cause of Death: Overdose
Age: 22

She could not cope with bullying and hanged herself.

Cause of Death: Suicide
Age: 23

Cause of Death: Overdose
Age: 31

Cause of Death: Medical
Age: 20

Another Olivia, just with a more mysterious reason for death. She had many personal and other challenges, including months in rehab facilities.

Her friends and family were reportedly extremely concerned about the number of prescription drugs that she has been taking. This could have been an accidental death due to alcohol that has boosted the effects of drugs.

Cause of Death: Overdose
Age: 23

Cause of Death: Suicide
Age: 23

Cause of Death: Unknown
Age: 39

While early-stage surgeries can remove the uterus, it was a death sentence for Niki, which saddens us. Also, early-stage cancer does not produce any symptoms, which is why it sucks so much.

Cause of Death: Cancer
Age: 33

Back in 2013, Kasey got involved with the law due to drug use and similar offenses. Having read multiple reports, it’s the drugs that are blamed for her sudden death. Her heart stopped, then she got into a coma and that was the end of it.

Cause of Death: Overdose
Age: 27

With dreams still in check, Nikki thought about nothing else but adult modeling. Later, she worked with guys from MILFHunter under the alias “Candis”. Few years down the drain and Kat Kora became her new name in the escort community.

Cause of Death: Overdose
Age: 37

Cause of Death: Suicide
Age: 24

Who is this guy? Let’s just say that his fame came from AJ Applegate, the former girlfriend. Just like with many other male deaths, this one is all about alcohol. For women it’s all about poisoning or overdose, for men it’s accidents.

He got extremely drunk and fell over the stairs at the hotel. It was a fall of 4 floors, so not exactly a cakewalk. Due to the severity of injuries, doctors could not do much but pronounce him dead.

Cause of Death: Accident
Age: 38

In just two years, Nicole has filmed more than 35 adult movies. Her scenes were featured on famous studios like Evil Angel, Reality Kings, and Digital Playground. At least you can find her works and they were not taken down.

Not much is known about her death, but it was not related to the old age. Her friends and family kept their mouths shut, likely to preserve her reputation. One does not simply hide the death of natural causes.

Cause of Death: Unknown
Age: 27

The life of this 19-year old angel did not even kick into full gear before it was wasted away. According to various reports, she has overdosed in one of the Hollywood clubs. As soon as her condition went from questionable to dire, Violet was taken to the Boyle Heights hospital. At that point, she was already unconscious and fell into a coma.

Unfortunately, things did not improve for Violet and she has passed away more than a week later. The brains were declared dead and it was a game-over at that point.

Cause of Death: Overdose
Age: 19

Cause of Death: Breast cancer
Age: 32

This story truly sucks as it was the ex-husband who has found Jessica dead. He entered the apartment on September 17 and there was nothing he or doctors could do. We don’t know the cause of her death but there are stories of constant seizures that Jessica James has had through the years.

Update: it was revealed in early 2020 that the cause of death is a seizure. That’s official.

Cause of Death: Pending
Age: 40

That’s the list so far. Hopefully, these are the only names. There haven’t been any other deaths as of September, 2020. 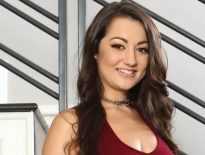