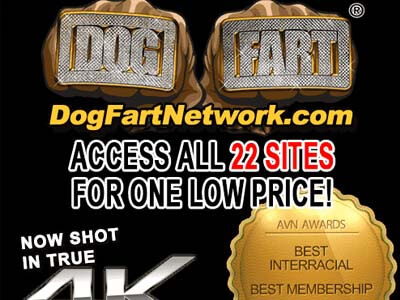 You got comments section (thank fuck for that) that is of light background while everything else is dark. Text is dark blue on black background, which just blends in with everything and might be hard to read. Other than that, it’s great. Content is priority and DogFartNetwork has so much of it. The interracial scenes alone are in thousands and you can find all there is to it, from 1 on 1 blacks banging girls to threesomes or gangbangs.

While full videos for free are out of the question, every scene has multiple screencaps that can be looked at prior deciding. Just proves that DFN is confident with their content and has no problems sharing some of it. Bonus sites include: 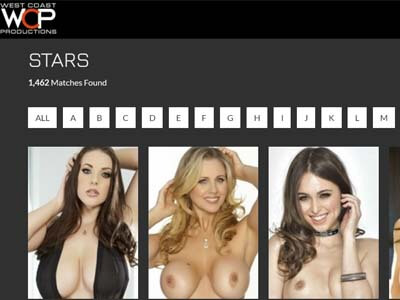 None of the crack whores or any shit like that, just beautiful and sexy women, getting pounded by black cocks all day, every day. The average video length is around thirty minutes and there are no downloading limits, which is a huge win for the consumer. As far as updates go, you can expect around three to four new videos per month for every site.

When it comes to user interface, some sites just tend to blow it. I mean, it is not a rocket science and getting basics is as easy as unzipping your pants. In either case, WCP Club does get it right and there are not too many annoying things.

One thing that WCP offers is loyalty program. Basically, for every month you get a token that can be spent to unlock bonus sites, which is awesome. Yes, it would be better if you were to get them all, but I personally found enough content to last me a year or so and getting the extra sites is a nice plus.

Basically, it the site has awesome content and the only thing that gets in a way is their user interface. If you can get past that, WCP will give you as much joy as a found wallet on a street. 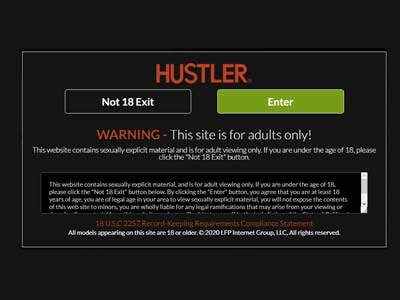 I must say, their intro page confused me for a second as I thought that it is rather old school. However, after everything has finished loading, it was looking good. They even have babes of the month, which in my case was the famous Alexis Texas. If you were to click on the banner, it gives you a free trailer to watch.

The good thing is that it did not start at a full volume. It was more like 80% or something like that, so I must give them at least some praise for that. However, why the fuck can’t it be 50% or even 25%? I’d love to ask that someone. However, their media player is total trash in the volume control department. I kept sliding it down to mute that shit down or just lower the decibels and nothing. I mean it did work somewhat but it was bad. You know when you keep on moving the slider down and it registers your actions only when there is like only one more millimeter to push that fucker? This is Hustler. Maybe it was my browser, but their site should work with Chrome, right?

It was your regular fuck session with no passion, just movement. Other scenes are much better and thank fuck for that. If you have grown up with Hustler or just like kinky whores, then I say, fuck it. Give Hustler a go. If on the other hand you are on a tight budget and really need to decide, browse through our other paid sites. Who knows, maybe there is a treasure waiting for you, especially with $1 join options. That would be Reality Kings, of course. Compare both and decide then.

There is a clear leader in the interracial porn industry and that is one of the worst names out there. It’s about dogs and you will soon find out, which one that is. I read somewhere that most of the people prefer fucking their own race, but these statistics are wrong. Just look at a white girl getting fucked by a giant black cock and see how she feels. The facial expressions alone will instantly tell you that the statistics are wrong. Same applies for a black chick sucking white dick. Sex can get monotone and while a different pussy is nice, a different race is even better. Blacks fucking moms, teens or cougars, these recommendations cover all the niches.