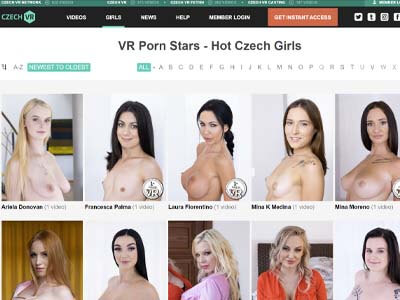 CzechVR network comes with few bonus sites. These include:

While the media player was broken for me at the time of writing (for the index page only, showing Content issue message), the links below offer free trailers for all these videos.

I borrowed a VR set to review CzechVR, and its content converted me to the dark side. It made me order my virtual reality headset from Oculus, which does not come cheap. That’s the biggest compliment for the site. It made me buy things I never intended to.

As you expect, every technology is supported. You have 8k videos (some tranny updates I have seen were in 4k) with that smooth 60 frames per second. There is 3D and 180-degree support and, obviously, binaural sound. It’s perfect. Another little feature that most of the visitors will miss is support for Windows Mixed Reality handsets. No, they are not the best VR hardware vise, but VRP is the only site that has acknowledged their existence. What does that tell you? It tells you that they are up to date with the latest technologies, even if they are not as popular as Gear VR or Oculus. For now, VR scenes sit at the 835 count.

Now, VirtualRealPorn also offers you free previews of their videos. Be careful as the default sound volume is set to the maximum. Although there is no trial option, it gives you a glimpse of what to expect from their site. Lastly, that brings me to their pricing, and it’s the best. Instead of paying $24.95 / month for downloads, there is streaming only a $9.95 membership (with free VR gifts), which is perfect. 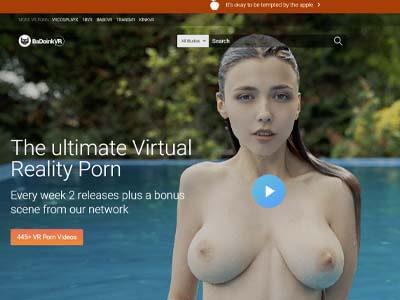 My first experience with virtual reality was not with porn sites or the Internet. If you were a cool dude living in the 90s, Nintendo’s Virtual Boy might have been collecting dust at some point in your life. In case you have zero idea what the heck Virtual Boy is, check this hilarious video by James on YouTube. To sum it up, Virtual Boy had as much to do with virtual reality as sluts have to do with the church. Everything about that was horrible, from headaches to nausea and an eyesore. Not to mention clusterfuck ergonomics and no good content.